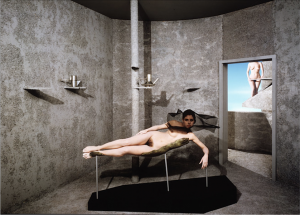 1972-1978 Expressive research through the resetting to zero of traditional photographic languages.

In 1978 the first demonstration on the illusion of the Photo at the “Il Diaframma” Gallery in Milan. Exhibition of “La Porta di Niepce”, an 100×200 cm crystal glass monolith, containing two photographic images, one black and white and one in colour, taken from the same negative.

1979-1984 Birth of the Post- and Neo-modern movement in Italy.
Occhiomagico participates in both the theoretical and practical activities of Multimedia groups, collaborates with Studio Alchimia, with architects such as Alessandro Mendini, Aldo Rossi and Ettore Sottssass Jr.

24 images are produced for the covers of the Domus magazine (“Paesaggi di Finzione”).
Workshop in Venice at Palazzo Fortuny on the contamination that the photographic image has to undergo to be NEW PHOTOGRAPHY.
The five year period concludes with the artistic management of the Matia Bazar pop group, in which the new tendencies are experimented with: contaminating photography with painting, music, video and fashion.

1985-1988 Occhiomagico produces various exhibitions in Europe, where they refine the tendency to create utopian scenarios to be registered on photographic film.
Three-dimensional installations are produced, composed of photos, design objects, objets díart, video and holophonic music.

1989-1996 Production of two important exhibitions “Falso Movimento” (False Movement) and “Io non sono io, evidentemente” (“I am not me, evidently”) with the intention of self exploration and developing a relationship with oneís own internal world: Myth and Magic, Silence and The Enigma.

1998-2000 Production of “Covers”, work on Memory where the Photo becomes the witness of the past century.
A cycle of lectures on digital photography and its new identity entitled “Changing and Glittering Mythology”. 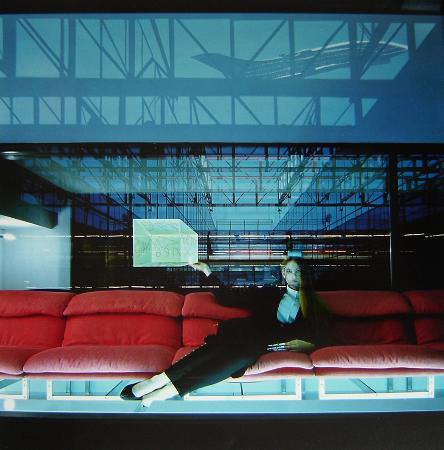 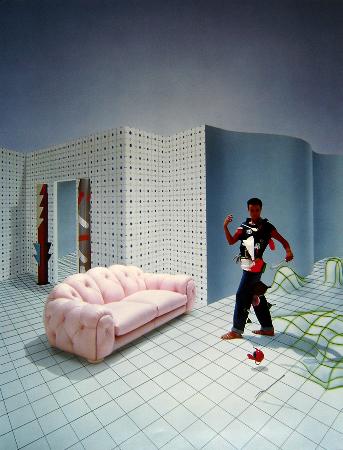 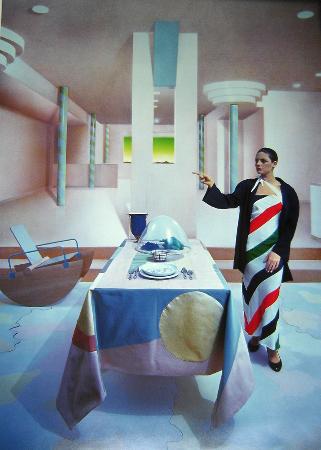 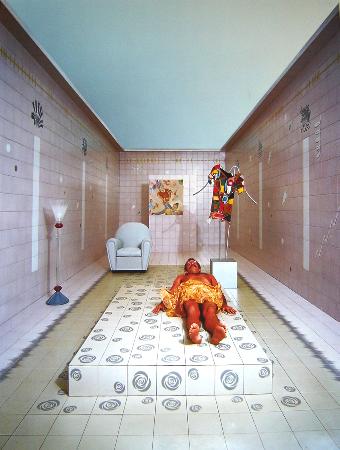 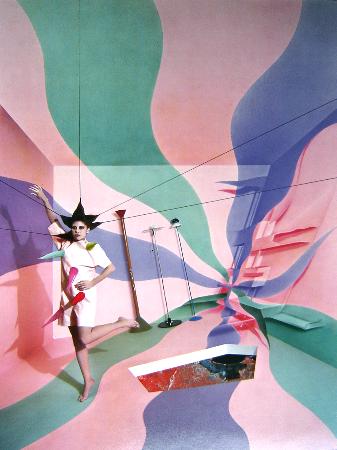 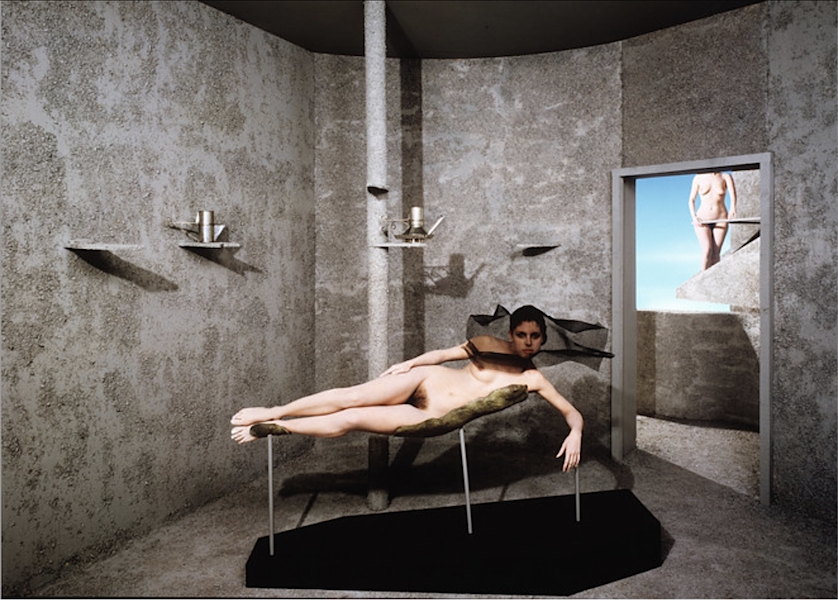 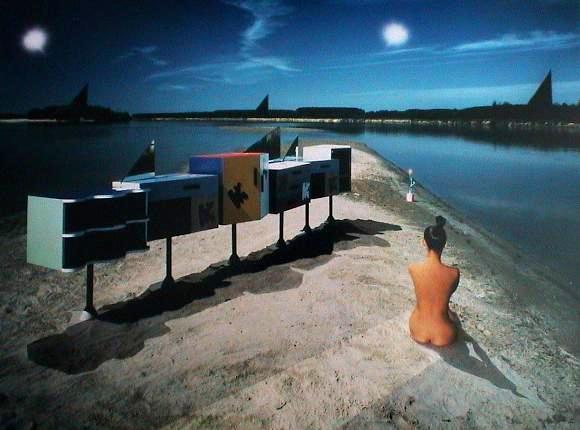 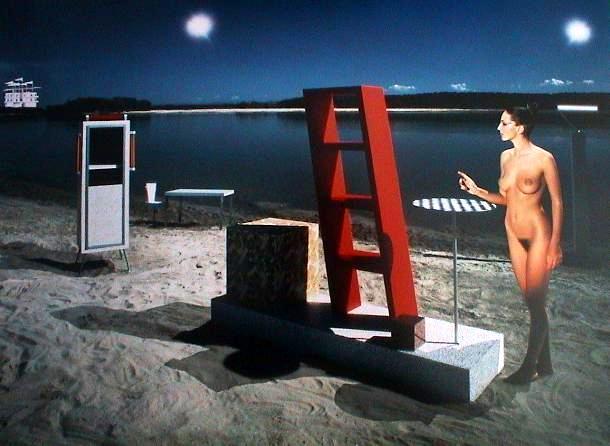 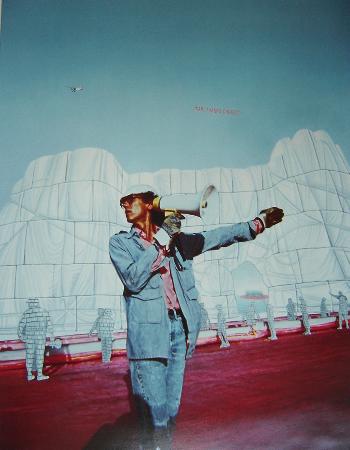 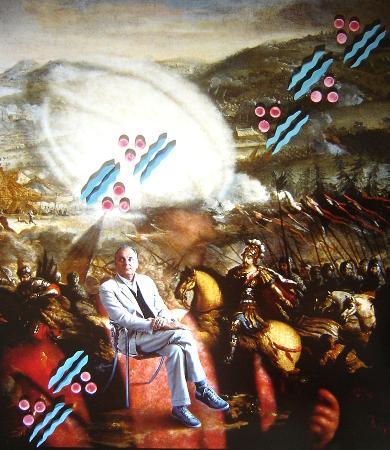 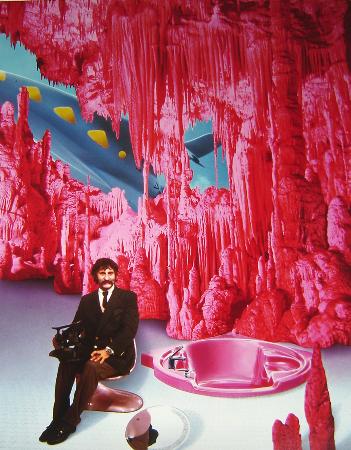 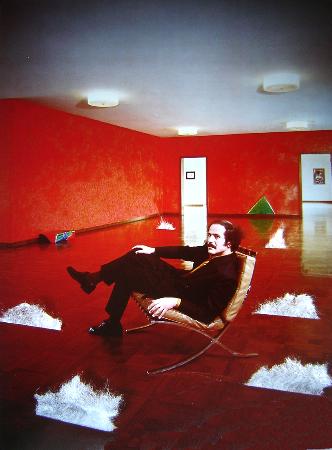 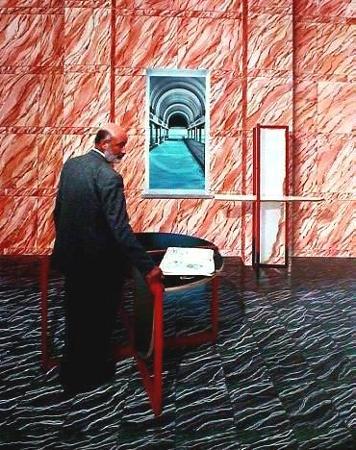